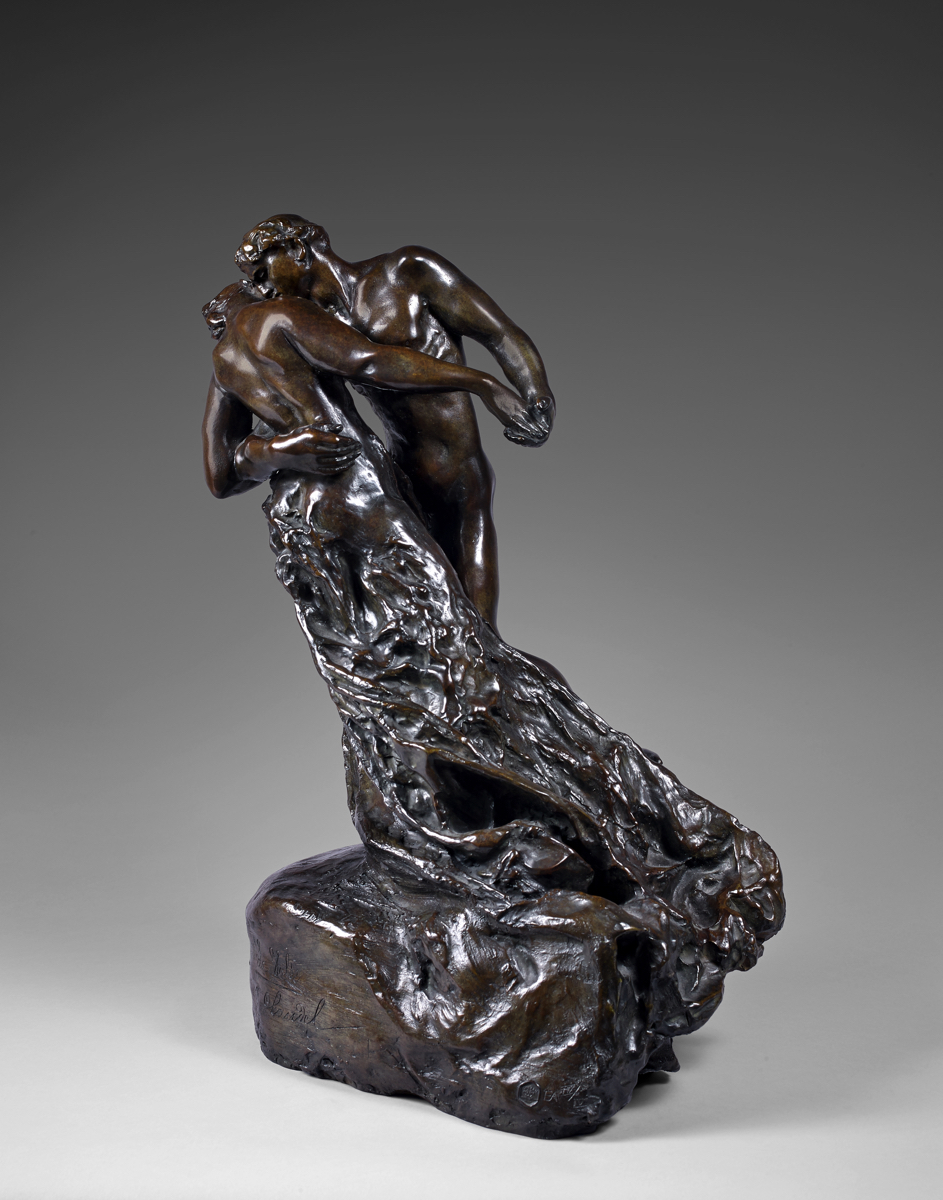 Signed and titled “La Valse / C. Claudel” on the front of the base, numbered “E.A. IV/IV” and with foundry mark “Fonderie de la Plaine”.

Private Collection, France (acquired from the above)

This work is accompanied by a certificate of authenticity numbered 00220 and dated October 24, 2001, issued and signed by Mme Reine-Marie Paris, the great-niece of the artist.

We are indebted to Christie’s for the following, referring to another cast:

According to Reine-Marie Paris, there are [several] versions of La Valse. In the present sculpture the man is kissing the woman's cheek, and not her neck as is depicted in other […] versions. Additionally, his hand covers the female's hand and the drapery is more accomplished in [the present version].

Claudel began La Valse, première version in 1892 and from her first study she created a life-sized plaster, which she exhibited at the Salon of 1893. During this period Claudel was working closely with Rodin, whom she had met in 1883. She not only worked the hands and feet on some of Rodin's larger pieces but also was model to many of Rodin's most important compositions, such as La Pensée (1886) and L'Adieu (1882). There is even speculation that she may have helped carve some of his marbles. Rodin openly pronounced Claudel his equal as a sculptor and they pursued similar themes in their work. The theme of lovers had been explored by Rodin in some of his most important compositions from this period: (Le Baiser (circa 1886) and L'Éternel Printemps (1884). Whereas Rodin's sculptures were essentially structured on a dominant male figure, Claudel's presented a more feminine sensibility that showed greater parity between the male and female figures in La Valse. The two artists also employed a similar technique that emphasized gesture, created tactile surfaces and built up forms. So intense was their relationship that the two were romantically involved for over a decade. In 1898 Claudel officially broke off their affair and went into seclusion, precipitating her eventual confinement to a sanitarium where she died in 1943.

Music was also a central inspiration in Claudel's work and the theme of La Valse is reinterpreted in her later sculptures Joueuse de flute and Aveugle Chantant. Her artistic circle included many contemporary musicians and she was rumored to have had an affair with composer Claude Debussy in 1890. While she destroyed many of the records about her sculptures, her brother Paul Claudel recalled that La Valse called to life "the storm and the whirlwind of the dance of the two lovers, drunken with the moment and the music" (R.-M. Paris, op. cit., 1988, p. xix). The figures are entirely self-absorbed. Their intertwining forms and their precarious balance unites them in an expression of the intensity of life. Moreover, the dynamic movement of their dance is emphasized by the motion of the drapery, which both encircles them and grounds them.