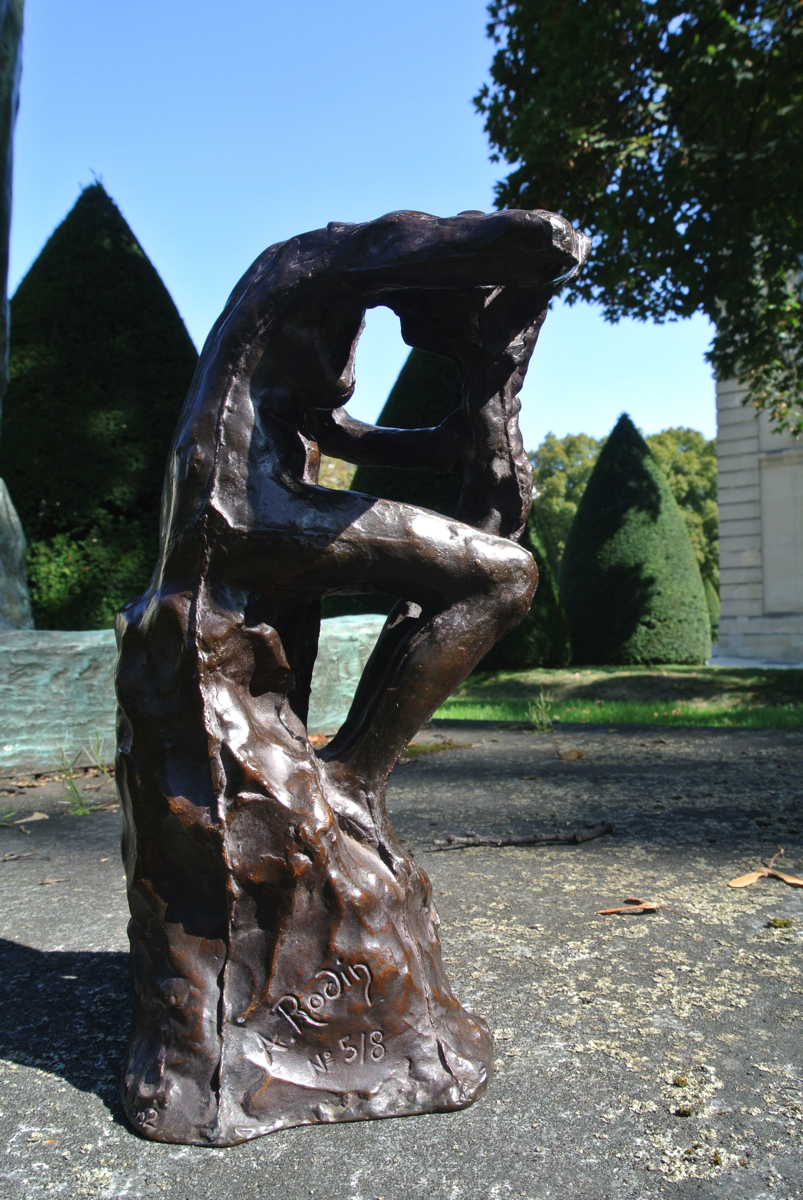 Inscribed A. Rodin, © by Musée Rodin and numbered 5/8, one of the eight examples numbered in Arabic numerals, dated and stamped with foundry mark

This small bronze, cast from a plaster original with very visible seams, probably represents the first phase of a work that was subsequently detached from the tall pedestal it had been placed on. Once removed, the figure was used on its own in many different ways, for example positioned against a plaster panel or attached to the neck of a small alabaster amphora. Combined with two other figures it became the starting point for a larger group, Jeune fille entre deux génies, or Les mauvais Génies, also exhibited in 1900. Its composition bears witness to the research Rodin had been carrying out on the geometrical structure of the human body; it perfectly illustrates the commentaries, published by Camille Mauclair in 1905, in which Rodin observes: "My art arises out of architecture and geometry. A body is a building and a polyhedron."