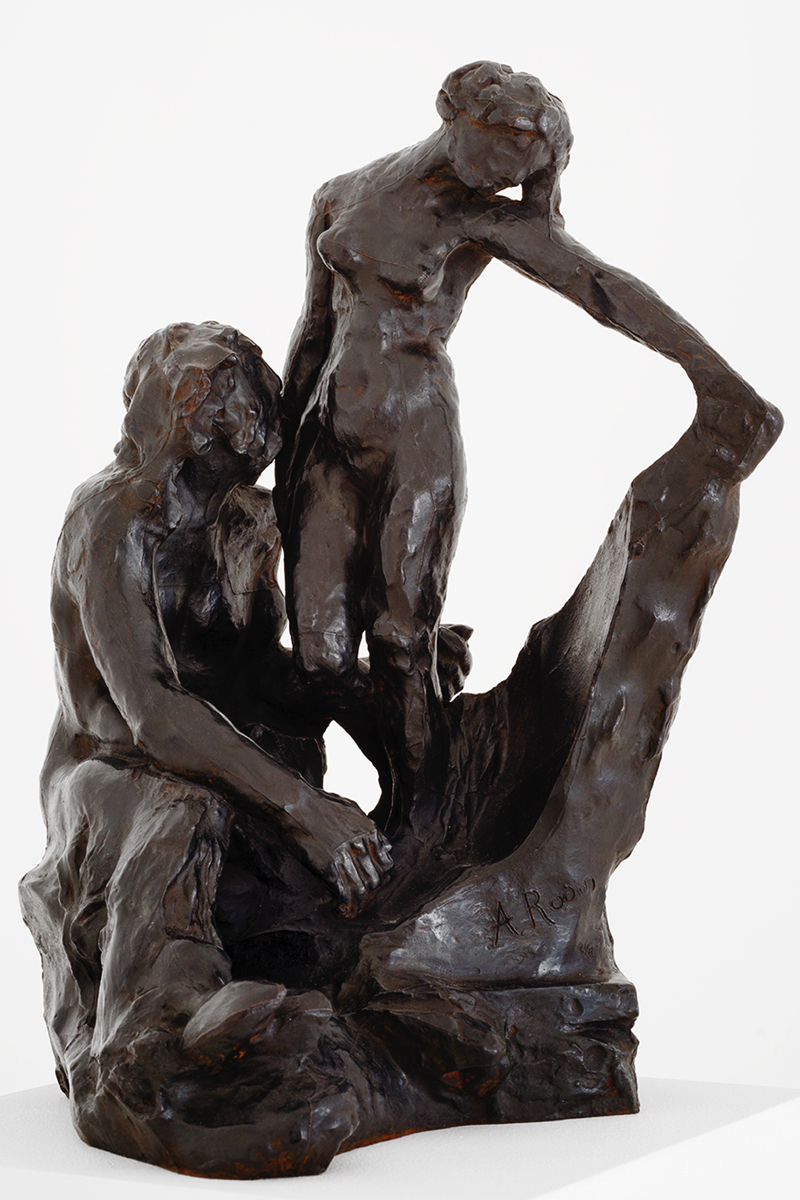 Inscribed A. Rodin, © by Musée Rodin and numbered, one of the eight examples numbered in Arabic numerals, dated and stamped with foundry mark

This work will be included in the forthcoming Auguste Rodin catalogue critique de l’oeuvre scultpé currently being prepared by the Comité Auguste Rodin at Galerie Brame et Lorenceau under the direction of Jérôme Le Blay.

We are indebted to the Musée Rodin for the following:

The subject of this bronze is taken from Ovid's Metamorphoses. When Vulcan sculpts the first woman, Pygmalion falls in love with the statue the god is creating and begs Aphrodite to transform it into a living woman. Rodin explained to Paul Gsell that the starting point for this group was Le Minotaure (around 1886). Having decided at some unknown date to assemble a study of a woman and the faun from Le Minotaure, he began by removing the faun's left leg to leave enough space for the female figure. He then removed the faun's horns and altered the position of the arms. The next stage was carried out during the first execution in marble, when the faun's cloven hoof was transformed into a human foot. Finally, in the course of its second execution in marble, the body of Galatea took on the appearance of a partly completed sculpture, with the legs merely roughed out. Rodin represented himself as a creator deity via this symbolic self-portrait whose development history has, unusually, been preserved.