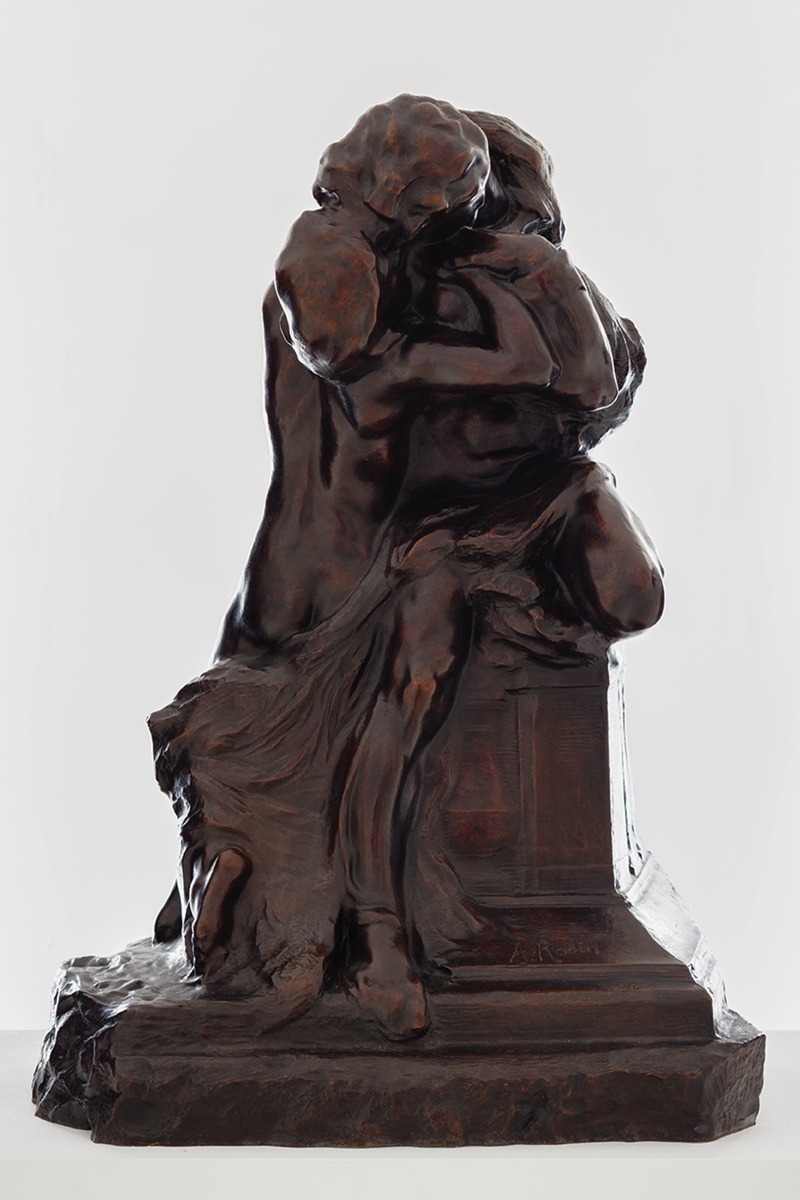 Inscribed A. Rodin, © by Musée Rodin and numbered, one of the eight examples numbered in Arabic numerals, dated and stamped with foundry mark

OTHER CASTS IN PUBLIC COLLECTIONS

This work will be included in the forthcoming Auguste Rodin catalogue critique de l’oeuvre scultpé currently being prepared by the Comité Auguste Rodin at Galerie Brame et Lorenceau under the direction of Jérôme Le Blay.

We are indebted to the Musée Rodin for the following:

This group, displayed for the first time in 1902 at an exhibition of Rodin's work in Prague, shows a languid Juliet clasping Romeo, who has adopted a pose similar to the ignudi of the Sistine Chapel in order to climb over the balcony. The group occupies a special place in Rodin’s post-1900 production. Subjects drawn from literature were quite unusual for him during that period; moreover, he did not hesitate to give this group a descriptive character by introducing accessory details such as the balcony balustrade. Bearing in mind that in 1900 Rodin had received an order for two replicas of Le Baiser, which were immediately executed for Warren and Jacobsen, should we discern in Roméo et Juliette a veiled reference to Paolo and Francesca, that other famous literary couple?