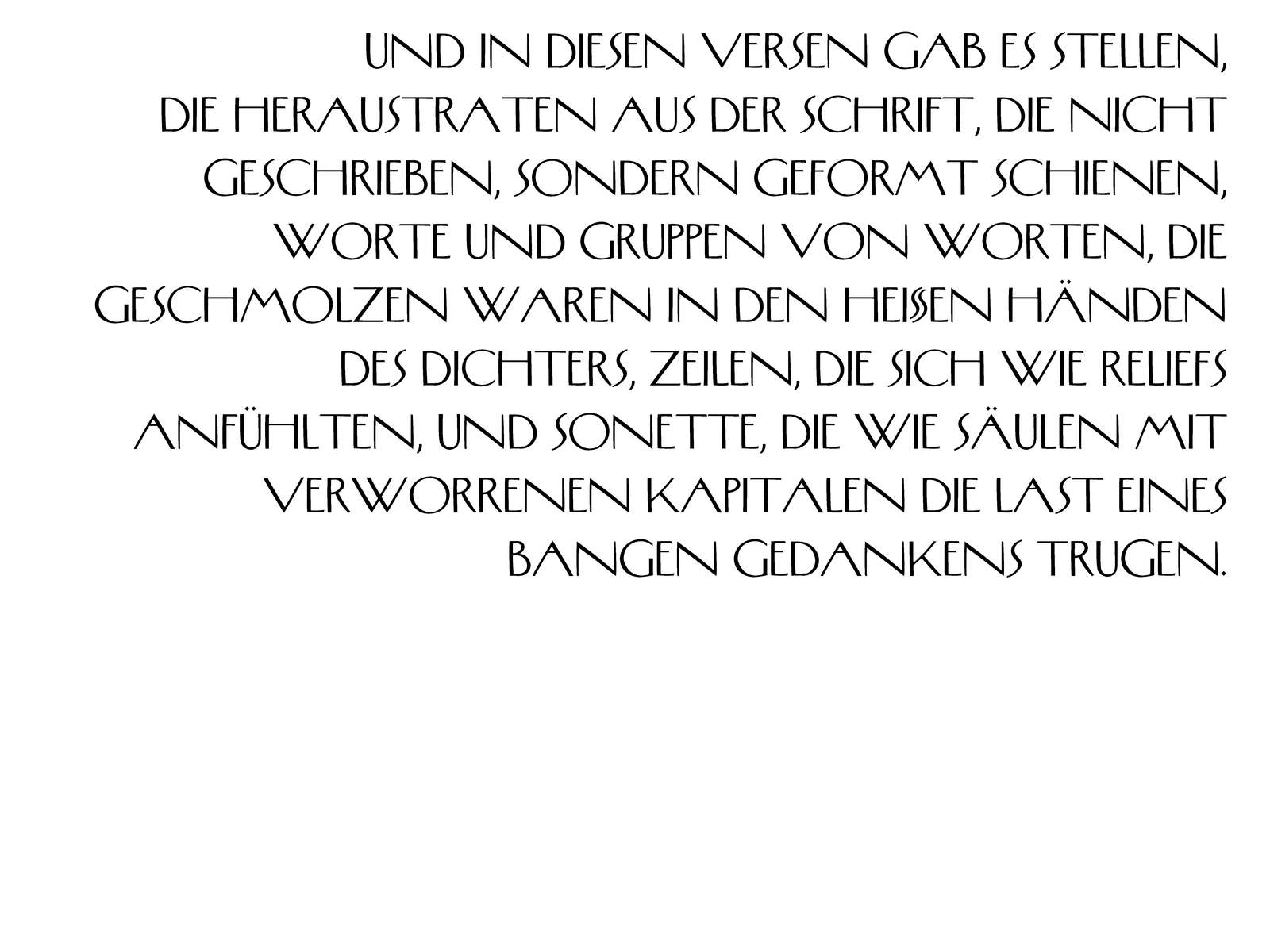 
In this poet's verses there were passages, standing out prominently, that did not seem to have been written but moulded; words and groups of words that had melted under the glowing touch of the poet; lines that were like reliefs and sonnets that carried like columns with interlaced capitals the burden of a cumulating thought.