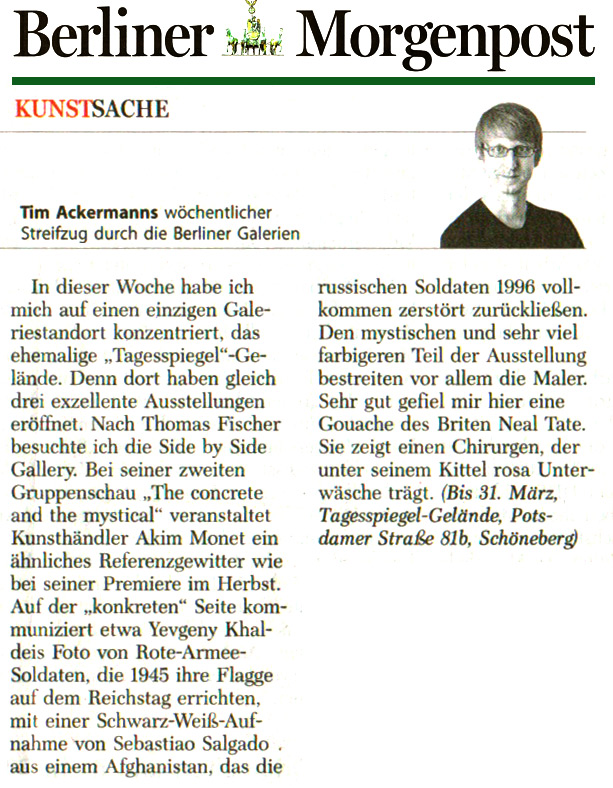 This week I focused on a single gallery site, the former "Tagesspiegel" complex. Three excellent exhibitions just opened there. After Thomas Fischer, I visited Side by Side Gallery. In his second group show "The Concrete and The Mystical", art dealer Akim Monet put together a thunderstorm of cross-references, similar to his inaugural exhibition in the autumn. On the "concrete" side, Yevgeny Khaldei’s photograph of Red Army soldiers hoisting their flag on the Reichstag in 1945 communicates with a black and white shot by Sebastiao Salgado, which shows Afghanistan in 1996, left completely destroyed by Russian soldiers. Painters mostly carry the “mystical”, and far more colorful part of the exhibition. I was especially taken by the gouache by Brit artist Neal Tait, which depicts a surgeon wearing pink underwear underneath his smock. (Until 31 March, Tagesspiegel, complex Potsdamer Strasse 81b, Tiergarten)