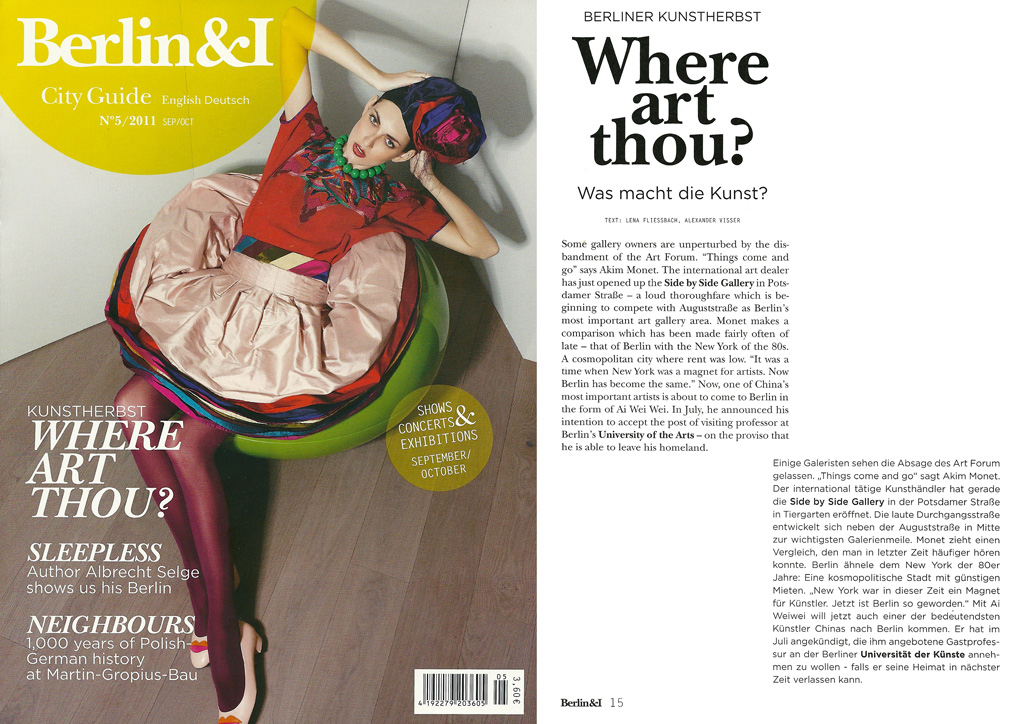 Some gallery owners are unperturbed by the disbandment of the Art Forum. « Things come and go » says Akim Monet. The international art dealer has just opened up the Side by Side Gallery in Potsdamer Strasse – a loud thoroughfare which is beginning to compete with Auguststrasse as Berlin’s most important art gallery area. Monet makes a comparison which has been made fairly often of late – that of Berlin with the New York of the 80’s. A cosmopolitan city where rent was low. « It was a time when New York was a magnet for artists. Now Berlin has become the same. » Now, one of China’s most important artists is about to come to Berlin in the form of Ai Wei Wei. In July, he announced his intention to accept the post of visiting professor at Berlin’s University of the Arts – on the proviso that he is able to leave his homeland.